The ketogenic diet was structured around the 20s of the last century, and was born as a treatment for children suffering from epilepsy developed by the studies of several pediatricians, such as Rollin Woodyatt and Mynie Paterman.

The basic idea of the ketogenic diet is that through a diet low in carbohydrates but rich in proteins and lipids, the accumulation of fat is avoided and its use for energy purposes is favored, keeping insulin levels constant. The aim is to lower glucose levels so that the body draws energy elsewhere, from fats, in fact.

If you follow such a structured diet, the calories burned increase and stimulate the secretion of hormones that promote the disposal of fat and reduce appetite.

When the metabolic system adapts to this situation, the body reduces the utilization of valuable proteins, relying on fat burning and ketone bodies as a preferential source for energy production. Ketone bodies are acidic by-products caused by high levels of fatty acid oxidation, i.e. the mobilization and burning of large amounts of fatty acids as an energy resource.

In conditions of severe glucose deficiency, the body resorts to ketone bodies, which are normally produced in minimal quantities and are easily disposed of.

If the production of ketone bodies increases markedly, their accumulation in the blood generates a state called ketosis during which the blood pH is lowered, resulting in metabolic acidosis (typical in untreated diabetics).

The idea behind it is simple: by receiving a small amount of carbohydrates, the body can derive from glucose a minimum amount of energy, which is no longer sufficient for sustenance. As an alternative source it must therefore use fats by setting in motion the so-called ketosis. This process seems to be particularly effective for burning fat. The genetic keto diet involves the intake of predominantly protein and fat foods, so as to develop lean muscle mass and lose up to 3 kg per week.

Basic rules of the ketogenic diet 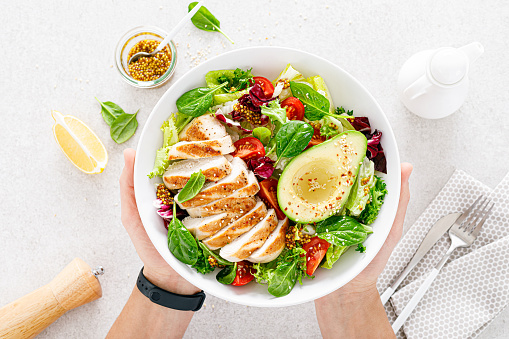 One of the key principles of the diet provided by the ketogenic diet is to keep the caloric intake to a minimum and to promote the intake of fats and, in a moderate way, of proteins. When following a ketogenic diet, in fact, it is generally advisable to keep the level of carbohydrates below 50 grams per day, although there are variants that allow both to increase and further decrease the daily intake. In this way, fats replace most carbohydrates, thus providing approximately 75% of your total caloric intake, proteins, on the other hand, should provide 20% of energy needs and finally carbohydrates would be limited to 5%. The reduction of the latter is necessary to force the body to rely on fats instead of glucose to obtain the necessary energy and to function regularly - all this mechanism is part of a process that takes the name of ketosis, reachable already after a few days of diet. While it is precisely in this phase of ketosis, our body makes use of the so-called ketone bodies, ie molecules produced by the liver and obtained from fats in the absence of glucose, as a kind of alternative energy source. Although fat is often kept at a distance from those who follow a standard diet, research shows that ketogenic is an absolutely safe and effective diet for weight loss, certainly even more than many low-fat diets. In addition, the ketogenic diet reduces appetite and increases satiety, which is especially helpful when trying to lose weight.

Switching from a more traditional diet to that described by the ketogenic diet may seem difficult, but in reality it should not be at all, since in this case the focus should be mainly on reducing carbohydrates and increasing fat and protein during everyday life in order to maintain a perennial and constant state of ketosis. While some individuals can only achieve the latter by reducing carbohydrates to less than 20 grams per day, others manage to get there much easier and with a certainly higher intake. Generally, however, the lower the caloric intake, the easier it is for the body to stay in this state of ketosis, which is why it is absolutely necessary to stick to the list of foods considered positive in a ketogenic diet.

Recommended Foods During the Ketogenic Diet

While following a dietary pattern such as that provided by the ketogenic diet, meals and snacks should all be focused on the following foods:
• Eggs: The best choice falls on pasteurized ones.
• Poultry: especially chicken and turkey.
• Fatty fish: Fish varieties such as salmon or tuna are indispensable because of their abundance in omega-3 acids. Shrimp, mackerel and herring are also sources of protein that can be consumed during the keto diet.
• Meat: Meat Grass fed (from grazing animals), venison,  Red meat is preferable because it tends to have a higher lipid intake than the others, as well as abundant in myoglobin - globular protein whose function is to reversibly bind oxygen.
• Dairy products and fatty cheeses: yogurt, butter, mozzarella, goat cheese etc.
• Olives, nuts and seeds: During a keto diet, it can be difficult to find foods that you can use as snacks, but you usually go on pumpkin seeds, almonds, nuts, chia seeds and olives.
• Good fats: coconut oil, olive oil and seed oil.
• Avocado: Avocado can have a great use during the diet.
• Non-starchy vegetables: broccoli, tomatoes, mushrooms, peppers.
• Condiments: Salt, pepper, lemon juice, spices and herbs.

Foods to Avoid During the Ketogenic Diet As already specified, the intake of carbohydrates must be minimal, if the goal is to induce the body into the state of ketosis. Here are the foods that should at least be limited:
• Bread, pasta and derivatives: no white or wholemeal bread, no pretzels or savory biscuits or pasta. Rice is also not recommended, as it contains little fiber and a lot of starch (another form of carbohydrate).
• Sweets and foods that are too sugary: ice cream, candy, maple syrup.
• Drinks with sweeteners: juices, soda, energy drinks.
• Starchy vegetables: potatoes, sweet potatoes, corn, pumpkin and peas.
• Beans and legumes: black beans, chickpeas and lentils.
• Fruit: no grapes, banana and pineapple. Fruit is both a source of fiber and sugar, but since fruit gives a high intake of carbohydrates, it is generally not used during a ketogenic diet. Some, however, consume a relatively minimal dose of berries (such as raspberry), but still remain in a state of ketosis.
• High-calorie sauces: barbecue sauce, too sugary condiments and sauces such as mayonnaise and ketchup.
• Certain alcoholic beverages: Beer and mixed drinks are out of the question.
Be sure to make healthy choices for your body while staying away from processed foods and bad fats. The following foods should be totally avoided: margarine, vegetable oils such as corn, fast food, processed meat as hot dogs, foods that contain artificial colors, preservatives and sweeteners such as aspartame.

Drinks in a ketogenic diet

The category of drinks you can consume during a ketogenic diet includes:
Water: a bit obvious, but water remains the best choice when it comes to hydration, not to mention that you should consume at least eight glasses a day. Sparkling water, then, can be considered as a replacement for the classic carbonated drink. If you want to add a little more flavor, try fresh mint or lemon peel to put in the water. Despite the fact that alcohol must be not consumed definitly , treat yourself to some vodka or tequila with tonic water is allowed during special occasions.

Coffee and tea without sugar: coffee is allowed, as long as it is sugar-free, as well as tea.

Alcohol, for those who follow this diet, is not necessarily banned, but you must certainly be careful when drinking.

The ketogenic diet is contraindicated in a number of particular pathological conditions:

The objections to the use of a ketogenic diet in obese subjects do not seem to be founded for fear of a possible increase in LDL cholesterol and triglycerides which, on the contrary, in most studies undergo a reduction, together with total cholesterol, with simultaneous increase in HDL cholesterol (the good one) during the diet. Similarly, concerns about potential kidney damage seem exaggerated, given that properly conducted ketogenic diets are essentially normoproteic. In fact, the few studies that have found potential negative effects caused by ketogenic diets tended to confuse these diets with protocols, mostly commercial, high in protein and fat: a well-implemented ketogenic diet is instead a low-calorie, slightly hyperlipidic and substantially normoprotein diet plan.

Headache is the most frequent early side effect: present in about a third of patients, it tends to disappear spontaneously within 72 hours. Some patients also complain of reduced cold tolerance and postural dizziness. Halitosis (many patients report the need to use oral sprays or chewing gum, strictly without sources of carbohydrates), xerostomia (dry mouth), constipation are also described. Finally, an increased incidence of disorders and gallstones has been reported.